The Importance of Personal Responsibility in the Student Loan Crisis

The national student debt load is now larger than $1.5 trillion. Let me write that out for you: $1500000000000. That’s a lot of zeros! Almost 1/3 of Americans say they have lingering student debt. Young people are being forced to delay life milestones such as marriage simply because they cannot afford them. These outstanding statistics clearly demonstrate that we have a crisis on our hands; but whose fault is it anyway and how should we deal with it?

Some would say the root of the problem is the ever-increasing cost of tuition in this country. College tuition in the past 30 years has increased by over 150% between public and  private schools while wages have only increased by 67%. When the Federal Government started to guarantee Student Loans this gave the universities the green light to charge almost anything they wanted and to draw more students universities added indulgent and frivolous amenities to campuses that did little better the education but added tens of thousands to the cost of tuition,  this was and is a clear a recipe for disaster.

One part of the tuition problem is that schools are attempting to cater to every minor interest of its students. Funding for clubs that have 2 members and meet once a month may not be worth the hefty financial costs associated with them. Furthermore, tenured professors well beyond their years are rewarded with huge salaries from universities when perhaps their passion for teaching is no longer the same as it once was, perhaps universities should be looking to hire younger, hungrier, and more energetic talent. No student is excited to hear a lecture on statistics that the Professor is giving for the 40th year in a row.

I could go on and on about the issues with universities themselves, but I believe that there it is more than the high tuition costs as the real problem. In fact, rising tuition is more of a symptom  that universities are almost given a blank check with the federal government guarantee of Student Loans, universities know  that students will take on the debt  with almost no regard to the long term burden. When these universities know that someone can just take a loan out to cover the costs, they have no reason to cut costs at all. They are basically encouraged to provide more amenities and plusher campuses.

The real issue, though, is with the individuals themselves. In other words, the problem is that people are taking on debt without certainty that they will be able to pay it off in the future. If you take out a loan to start a business for example, the bank is going to make damn sure that you have a business plan in place with a path to profitability in the future. Furthermore, you are not going to take on that loan unless you are certain that you have a decent shot of paying it off. This is not the case with student debt, however.

Students are taking on massive levels of debt at an age where they have no idea what life is even about. These kids have no life experiences outside of their small high school bubble, and they have absolutely no idea what they want to do for the rest of their life. That makes it really difficult to know yourself and what you want to study. Over 80% of college students change their major once, and the average student changes majors 3 times before graduating. Someone who goes into college with a loan because they thought they wanted to become a doctor may end up studying art in the end. This is totally fine if it’s their true passion, but now they are left with hundreds of thousands in debt without any real chance of paying it off. The mind is not fully formed until one’s mid-twenties, so why are we letting impressionable adults enter into contracts that will likely affect the first half of their lives?

But loaners will loan. We can’t hold them fully responsible either. Instead, the first and most important step in a solution to the debt crisis is a personal one. People should be smarter with their money. Very simply, don’t take on debt unless you are absolutely certain that you will be able and willing to pay it back. If you are not fully sure what you want to do, it is in your best interest to either take a gap year before going to school and working for a bit, or going to a cheaper institution where you will have the time to soul search at a lower cost.

But what about all of the current outstanding debt that people are having trouble paying back? Some of the biggest names in politics, particularly from the left, are now proposing that we simply erase this debt burden once and for all. They argue that we should forgive past mistakes and make it easier for these people to get a start on life. This, according to its proponents, will ultimately help the economy because it gives people the chance to start saving more of their money. They can either invest or spend this savings, which will help the economy more than simply paying back a debt.

I firmly disagree with this stance. These people knowingly signed into a contract and then failed to meet the terms. I believe in personal responsibility and in the idea that the biggest mistakes are the best teachers. These people knew that they would need to pay this back at some point and still chose to take it on. If from that point they chose to study something that would make them no money, then that is their fault. If we simply forgive them for this, it’s almost like telling them that what they did is acceptable and then granting them permission to do it again. No lessons will be learned this way and within a few years we will be right back to where we started.

To make matters worse, it will set a precedent that it’s OK to take on too much debt. Without any consequences, young people are going to be even more motivated to take on more debt, knowing that they can just press politicians to erase it again in the future. This is one of the worst mentalities to instill into young people and will only hurt the country in the end.

Taking on a massive burden should serve as motivation to work extremely hard to pay it off. I believe that the debt load is healthy in that it puts pressure on people to actually produce value for others in order to pay it off. Without that pressure, these people will just take and take and take without providing any value to the US economy. The counter point to this is that they are providing value in ways that does not warrant monetary retribution. But you still need money to live! And if they don’t learn how to earn a living now, they never will. The gist is that we simply cannot reward those who made monetary mistakes. The job market is growing every quarter; these people need to just pull themselves up by their bootstraps and get to work. They already have an advantage over degree-less people for God’s sake!

For the sake of argument, though, let’s just say that we do forgive all these loans. Who will pay for it? The financially responsible citizens who are actually contributing in a positive way to the United States. Some of these people might have even skipped out on college because they wisely knew they would not be able to pay back these hefty loans. Are we really going to put the burden of debt repayment on them via taxes? It just doesn’t seem fair to penalize someone who made a wise decision with his or her money at a young age in order to benefit someone who made a poor choice.

If we were to repay all loans, the most intelligent, hardworking people will pay for the individual mistakes of the lazy and stupid. Not only would this be unfair (especially to people who didn’t go to college and instead just entered the work force), it would actually hurt the poor even more. Typically, those who worked hard enough to make it to the top employ those who didn’t. If taxes go up, the rich business owners are going to need to make some cuts, and it’s likely that he-who-just-had-his-debt-forgiven will be laid off. In the end, forgiving his debts will only hurt him.

In sum, it’s clear that we have a debt problem. But beneath this debt problem is a personal responsibility problem and a money management problem. The solution is not to make college cheaper or to forgive all of the debt. The solution is to teach people to handle their money better. Making smart financial choices will solve all of the ongoing problems in this area. When people stop taking on loans that they cannot pay back, college attendance rates will fall. Less demand will force colleges to cut back on supply. This means cutting unnecessary spending, thus making tuition cheaper. On top of this, less people with debt means more spending and saving, which will boost the economy.

At its core, this decision starts with the family. Parents should not encourage their kids to take on debts that they cannot repay. Some people just don’t know though, so it will be important going forward to find ways to educate people about this. Furthermore, we need to pass laws that put stronger preventative measures in place at loan facilities. Only with bold actions can we reverse the course of this storm. We must start now before the problem gets any worse.

Blog, Lifestyle
Previous PostA Birkin Bag in the Box Is Worth a Lifetime of DebtNext PostFat Bias Starts Early and Takes a Serious Toll

Want to Make Creamed Corn Into a Meal? Add Shrimp

When to Cook Your Vegetables Long Past ‘Done’ 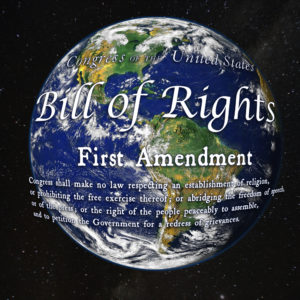 “Someone Explain This”
Where your voice can be heard.

“Whatever you do in life, surround yourself with smart people who’ll argue with you.” – John Wooden

I have always believed in the Proverb “As iron sharpens iron, so one person sharpens another” A good conversation, a good debate sharpens, reinforces, enlightens and provokes another way of looking at a story or event.

There always seems to be at least two sides to a story, yet much of what is reported is only one side. “Someone Explain This” was inspired by those telling of only one side of the story. We found ourselves saying wait what about the other side. We hope that we can help to promote dialogue and discussion that accounts for all points of view.  We encourage you to engage in dialogue and to share your thoughts and opinions. 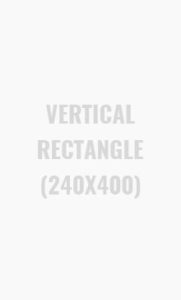 Please log in again. The login page will open in a new tab. After logging in you can close it and return to this page.

Any cookies that may not be particularly necessary for the website to function and is used specifically to collect user personal data via analytics, ads, other embedded contents are termed as non-necessary cookies. It is mandatory to procure user consent prior to running these cookies on your website.